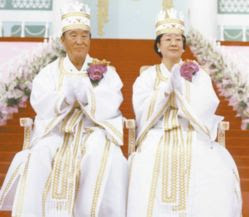 Power Of Positive Thinking Not What It Use To Be: Schullerist Blows Brains Out

Broadcast Charity Drives Full Of Something Other Than Stuffing

Holidays such as Christmas and Thanksgiving are noted for their many traditions. Turkeys and football, decking the halls and all that stuff.

There is also the less noble tradition of conspicuous feigned compassionate charity on the part of local broadcast news outlets and the shame these glory hogs like to spread around during the holiday season in an attempt to lavish praise upon themselves as embodiments of enlightened progressive attitudes. However, in the light of such efforts, it would seem neither commonsense nor critical observation rank among the virtues heralded by these activist newsmen.

The thing about these charitable drives organized by TV stations is that these efforts would not be undertaken if the correspondents did not have a crew there to chronicle this fallacious eleemosynary in order to pat themselves on the back. At one of these celebrations of self-congratulation documented in the Washington, DC metropolitan area, one reporter interviewed an allegedly “underprivileged” woman with eight children.

Eight children. Mind you, it would be one thing if this woman had one or two kids and fallen upon hard times. In such a case, some kind of assistance might have been justified.

But eight children and unable to provide for herself? In all likelihood, that means she has spawned eight more times than she should have.

Advocates of social dependency and personal irresponsibility will snap, “Would you rather she abort her children?” No, I’d rather she’d exercise a little control and keep her pants on.

Unless she’s been raped eight times (highly unlikely), she should have never gotten herself into this situation. She is a human being, not a breeding sow; it’s about time she act as such.

The promiscuous schooled in the doctrines of “free love” and hedonism will gasp, “How dare you criticize this woman’s private life.” Maybe so, but as soon as this woman stepped forward for a public handout --- be it from either government or charitable institutions --- the matter ceased being a solely private concern.

Of course, one question (maybe eight in this instance) that few have the courage to raise in these cases is where are the fathers of these children. For in this era, most women --- unless they are remarkably devout and if so not likely not to require handouts --- don’t usually have that many children by one man.

Maybe broadcasters should plead with these copulating sleazebags to step forward to take personal responsibility for tossing their seed to the wind or do an ambush style interview with each of them as to why they think its everyone else’s responsibility to pick up the tab for their fleeting pleasures. It would also make for catchy holiday headlines: “Daddy, why don’t you love me this Christmas?”

After all, if you are the one having the fun, shouldn’t you be the one held responsible for the child’s welfare? It certainly isn’t that of those of us who go to work everyday and keep our noses to the moral grindstone.

Almost as politically incorrect is the observation that many of the indolent clamoring for the rest of us to fill their outstretched hands or suffer the wrath of public shame, humiliation and reeducation aren’t really “poor”. In this age of elastic definitions, poor no longer means being Ethiopian skinny or Appalachian toothless. Poverty, rather, is a conceptualization invoked when the slothful and their patrons in the social welfare racket believe they deserve a higher a standard of living than they are willing to exert an effort for in order to obtain.

A number of so-called “single mothers” I am aware of receiving public assistance as well as availing themselves of the bounty of annual school supply charitable drives instead squander the income freed by this misdirected philanthropy to purchase several hundred dollar handbags, go out partying at nightclubs, and on long, shellacked fingernails that would put a fighting cock to shame. Can anyone justify to me why I should pay higher taxes or increase charitable outlays so that the offspring of such women, who barely deserve the honor of being called mothers to begin with, might be able to have a Nintendo set or Nike basketball shoes?

If the rest of us have to squeak by on Ramen noodles and Budding Beef, so should those thinking they deserve better and expect you to pay for it.

As any good parent will tell you, there is more to love than giving an undisciplined child everything they want. Likewise, the greatest gift we might be able to give those claiming to be downtrodden this holiday season is the responsibility of fending for themselves for awhile.

Europeans Slowly Awakening To The Extinction Of The White Race

The famed techno-thriller was consulted to determine what he considered to be the next terrorist threat.

In his estimation, he predicted Islamic radicals procuring the nuclear parts of Russian atomic buoys to be used as the components of a dirty bomb.

While overall the piece was informative and admitting that Clancy can be a bit gruff in interviews at times, the story is out of line in deriding Clancy for being a “right-winger” and for insinuating he deserves hate mail for conjecturing terrorist Muhammad Atta was a homosexual.

Happily Ever After Not As Long As It Use To Be: Fairy Tale Marriage Between Exotic Princess & American Marine Ends In Divorce

Earlier this year, I wrote a column about the impropriety of airing prophylactic advertisements during Saturday morning children’s programming. Aficionados of the moral debauchery into which our nation is descending snapped classic animation is no longer directed at young children but rather towards libertine post-adolescents with less control over their urges than barnyard animals. Some unable to muster a rational argument instead chose to disparage my personal appearance.

Even if the viewing public must concede dominion of old favorites to these reprobates, does that mean we must stand by and yield all quality programming to those who want to drag us down to their level?

Typically, broadcasters have had a tradition of airing quality programming during the Christmas season. Usually, parents don’t have to expend much moral anguish as to whether or not the innocence of their children will be compromised through viewing these often cute or touching shows.

However, as in regards to the older Saturday morning adventures of yore now under new custodianship, it is my contention that the ethical peril lies not so much with the content as it does with the commercials.

The American Girl series of books have received considerable acclaim as quality literature depicting the lives of young girls during the nation’s early years in a manner reminiscent of Little House On The Prairie or Anne of Green Gables. As with other successful literary properties that have come before it, this one has made the transition from bookshelf to film as a new television movie produced for this special time of year titled “Samantha: An American Girl Holiday”.

Sounds like a night of enjoyable, worry-free TV, doesn’t it? Such an assessment would be incorrect.

While the movie was itself well-done and will no doubt become a Christmas classic and hopefully spawn sequels, many parents --- at least in the Washington Metropolitan Area watching channel 50 --- were no doubt flustered when they either had to avert the attention of young eyes and ears or face having to answer questions about birth control pills or feminine hygiene products.

Call me old fashioned or out of touch, but I think a parent should be able to sit down to watch a children’s show without having to explain what a tampon or maxipad is to a seven year old. Furthermore, what’s the point of advertising these things anyway since they have a captive market to begin with whose demand is not going to fluctuate any appreciable degree due to persuasive advertising.

Disgruntled feminists cannot dismiss such criticisms as sexist, chauvinist, misogynist, or what ever other label they might throw around certain times of the month to intimidate cowering males. Most women I know of frankly find those kinds of commercials embarrassing. Even NBC anchor Brian Williams, hardly a pawn of the religious right, revealed on The Sean Hannity Show how he did not like such intimate matters discussed during commercial breaks.

In the movie, the grandmother chides Samantha for inquiring about the private life of the family servants. While contemporary social relations shouldn’t be characterized by the same degree of contrived hyperformality, a little Victorian modesty might do everyone a bit of good and would be a gift this season that would give the whole year through.

Stumbled across this ominous looking banner. It was taken at the congress of the National Bolshevik Party in Moscow.

Students of history will note it melds elements of both the symbols of Communism (the hammer and sickle) and the color scheme of the Nazi flag.

Bringing these two movements together does not bode well for freedom loving people everywhere, but yet one you are not likely to hear much about in the mainstream media.

Support The Epistolizer At Patreon

Photos Available As Postcards At The Linki Below